How to Find Numismatic Coin Value 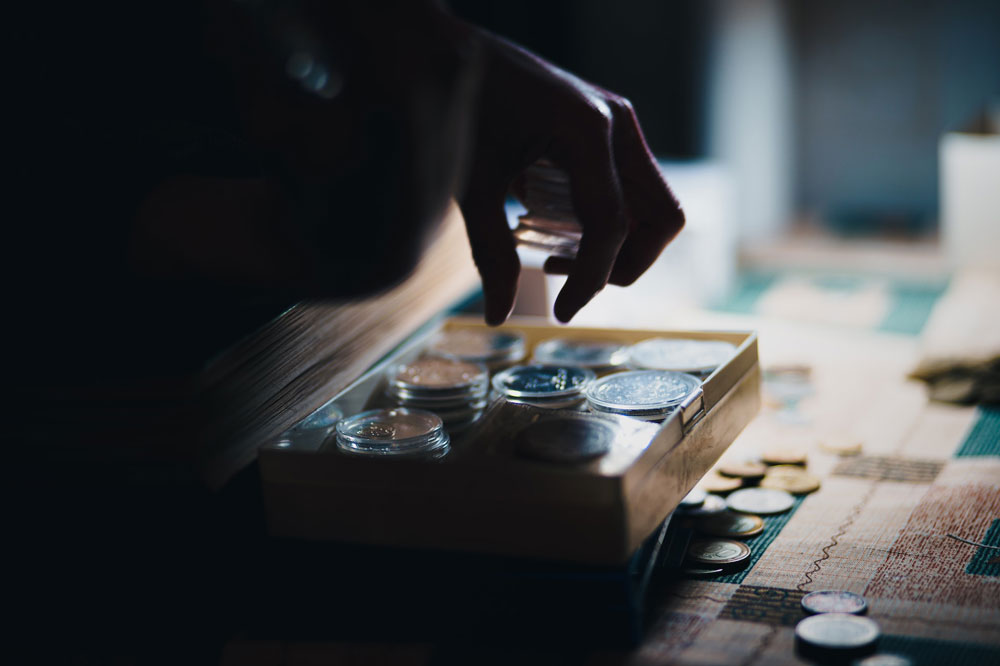 Many factors determine numismatic coin value. Taking the time to learn about how numismatics are valued empowers you to make informed decisions, whether you plan to buy, sell, or hold.

Endeavor Metal’s numismatic coins are individually graded by the NGC and PCGS — highly reputable third-party grading services that are long-established and trusted by the global community. Additionally, we are a member of the American Numismatic Association, among other prestigious institutions. Rest assured that the numismatic coin value of any product we carry will always be accurate and reliable.

Read on to learn how numismatics are appraised and graded.

The Sheldon Coin Grading Scale is a 70-point assessment scale that has been used since 1949 to quantify a coin’s quality and condition. Aside from slight modifications made in the 1970s to accommodate a broader range of coins, the scale has remained consistent and is still the international standard used to determine numismatic coin value.

The scale ranges from 1 to 70, with the higher numbers signifying a better condition old coin, and in turn, a higher worth. Mint state coins refer to any uncirculated coin with a grade from 60-70.

An MS70 numismatic is absolutely flawless, with no imperfections, hairlines, scratches, or other visible marks, even when examined with a magnifier or eye loupe. MS69 and MS68 are close to perfect, but they may reveal minor marks upon close inspection.

At Endeavor Metals, we take pride in stocking only the finest, top-graded numismatics with exceptional luster, strike, tone, eye appeal, and surface preservation.

While the coin’s condition (and corresponding grade) is a major influence on numismatic coin value, there are other factors to consider. Rarity and scarcity are similar terms that both apply to numismatics.

Rarity typically refers to the amount available (the supply), while scarcity tends to reference the market’s desire to own the coin (the demand). As you might assume, the terms are intertwined and often used interchangeably.

A coin can be considered rare if it is a commemorative edition only produced in limited quantities. Or, a coin with a misprint or die error can also be rare simply because very few of them were minted.

Even if a rare coin isn’t technically the most desirable piece on its own, the numismatic value of a rare coin will still rise because many collectors prefer to build sets, such as a specific coin and a range of years. For instance, our 1988-2021 NGC PF70 $50 Gold American Eagle Collection is a popular set. Old coin worth can grow substantially over time as rare coins become scarce and fervent collectors scramble to complete their collections.

Usually, a scarce coin is also a rare coin that grew increasingly in demand as more and more were removed from circulation and the market, but that’s not a hard rule when determining the current numismatic coin value.

For example, if a particular coin suddenly became very popular among collectors due to an unforeseen event or trend, even if it wasn’t initially produced in limited quantities, it can still become difficult to find on the market, naturally increasing demand and driving the asking price skyward.

A coin’s surviving population is related to its rarity/scarcity, but there are some key differences. Some coins are inherently rare simply because they were minted in smaller numbers.

For example, in 1909, The Philadelphia Mint produced more than 100 million Lincoln wheat pennies. In contrast, the San Francisco Mint only released around 2.3 million. Naturally, “S” mint versions have a higher numismatic coin value.

It’s important to understand that rarity, scarcity, and old coin worth can change over time. Even if a coin wasn’t rare when initially minted, its surviving population could diminish. For instance, when coins become heavily worn, they may be removed from circulation and returned to the U.S. Treasury, where their metal is reclaimed.

Another example is when a coin’s intrinsic metal value supersedes the face value of the coin, leading owners to melt their coins for a profit. This phenomenon occurred in the early 1980s and 2011 when silver prices skyrocketed. As these “junk” coins were destroyed and their availability decreased, they became low-population coins, and their numismatic coin value grew.

A coin’s intrinsic precious metals content can certainly affect its value. However, investors usually turn to bullion silver coins, gold coins, platinum coins, or palladium coins (or bullion bars) if their goal is solely to own precious metals.

Of course, a gold numismatic coin is worth its weight in gold. But compared to a bullion gold coin, the numismatic coin will fetch a much higher price on the market due to the abovementioned factors. In other words, don’t melt down your numismatics!

Endeavor Metals offers an incredible variety of top-graded numismatic coins, including gold, silver, platinum, and palladium options. If you have any questions about numismatic coin value or are looking for a particular coin, please contact us to speak with an expert numismatist.

In addition to providing further guidance on how the worth of old coins is determined, we may be able to find very specific coins by reaching out to our vast network of connections. Shop top-grade numismatics to add beauty and value to your coin collection.