Palladium is gradually increasing in popularity in the precious metals world for investors and collectors. As such, palladium is similar to platinum, besides for the color, but is apart of the group of elements referred to as the platinum group metals and a key element for catalytic converters. Palladium, however, has the lowest melting point, is the least dense and is very well known for its high resistance to corrosion. There are a plethora of uses for palladium, which make it incredibly substantial to an investors portfolio.

Palladium bars are not as common as other precious metals but Endeavor does stock the best of the best palladium products. For Pamp Suisse, most notably known for depicting Lady Fortuna on their bars, their bars are also acceptable as “Good Delivery” by the Swiss National Bank, London Bullion Market Association (LBMA), and other corporations. They are also a member of the Public-Private Alliance for Responsible Minerals Trade that aims on providing conflict free precious metals. Credit Suisse has been a huge impact to the precious metals world but also in the economic development of Switzerland as it helped the country develop its currency system, funding notable entrepreneurs, and invested in the Gotthard railroad system, connecting them to other European countries. Any palladium bar is a great way to diversify your portfolio and at Endeavor, we’re here to assist. 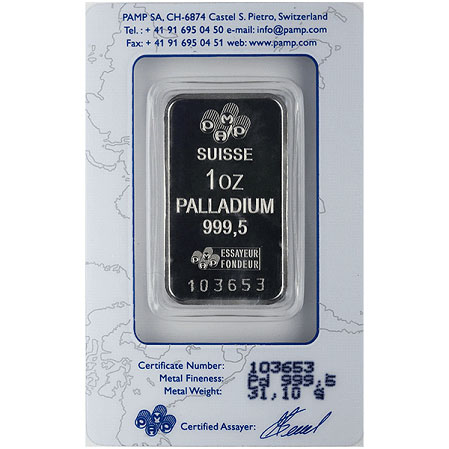 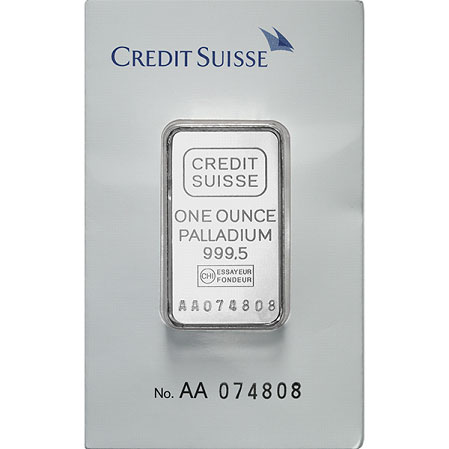 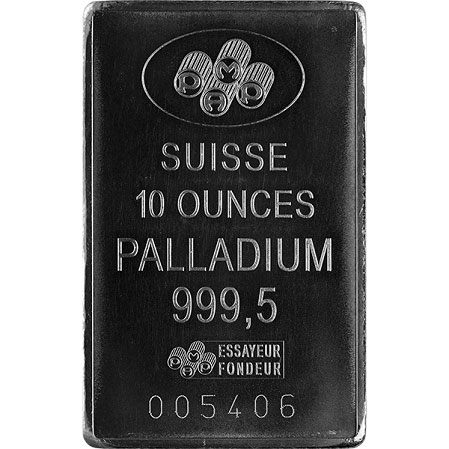