Should I Buy Gold?

Wars have been fought over it, weddings have been sanctified by it, and it is the original form of currency. What is it? GOLD!

Gold is respected throughout the world for its value and rich history, which has been embedded into cultures for thousands of years. Unlike fiat currency, coins, or other assets, gold has maintained its value throughout the ages.

Investors view gold as a way to protect, preserve, and profit their hard-earned dollars. Gold has also been proven as a way to pass wealth from one generation to the next. Below are four reasons why you should own gold.

Weakness in the U.S. Dollar

The U.S. dollar is one of the world’s most important reserve currencies. When the value of the dollar falls against other currencies, investors look to gold to protect them while there is uncertainty with the U.S. dollar.

For example, between 1998 and 2008, the price of gold nearly tripled, reaching the $1,000-an-ounce price tag in early 2008. It nearly doubled between 2008 and 2012 and reached the $1900 level, which was an all-time high. The decline in the U.S. dollar occurred for a number of reasons, including the country’s large budget, trade deficits, and a large increase in the money supply.

Gold has historically been an excellent insurance against inflation because the value of gold tends to rise when the cost of goods and services costs us more. Gold prices have skyrocketed during years of high inflation while the stock market has plunged.

Deflation, on the other hand, is a period in which prices decrease, the economy slows down, and the country is burdened by excessive debt. During those deflationary times, the relative purchasing power of gold soared while other prices dropped sharply.

More times than not, gold often outperforms other investments. For example, gold prices experienced some major price movements this year in response to the crisis occurring in the European Union. Its price will often rise the most when there is a weakening in the confidence of governments.

Investing is like a big pie – the more slices you have in that pie, the more diversified your portfolio. Adding gold to your portfolio is the key to keeping it balanced. Gold is an investment that is not closely correlated to others, and it historically has had an inverse relationship with stocks and other financial instruments. For example, recent history shows us:

At the end of the day, gold should play an important part in a well-diversified investment portfolio because its value goes up when events occur. That, in turn, causes the value of paper investments, such as stocks and bonds, to decline.

Although the price of gold can sometimes be volatile in the short term, it has always maintained its value over the long term. Through the years, it has served as a hedge against inflation and the erosion of major currencies and thus is an investment well worth considering.

The experts at Endeavor Metals Group are here to help you with your questions. Contact us to learn more. 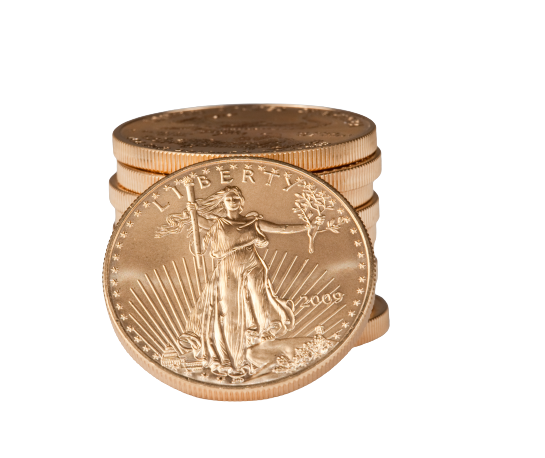